Presence of religious symbols in the public sphere – Religious and Secular in the Public Sphere: 10 Years after Lautsi v. Italy 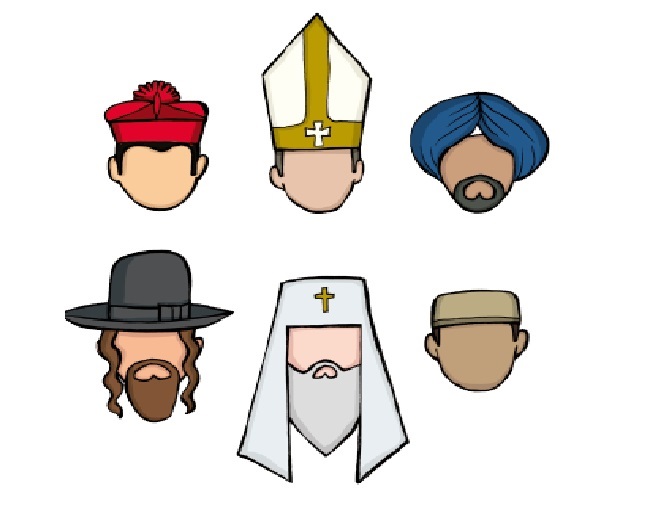 Tribune of the Faculty of Law and the Club of Lawyers of the City of Zagreb is a prestigious event, which takes place every month since 1993  (except for summer months of July and August). It is considered a great honor to be able to be a presenter and the topics presented always deal with important legal questions. These events attract great attention from lawyers and legal scholars. The setup of the event is always as follows: first, the presenter(s) give their presentation, and then the members of the audience comment and present their opinions on the matter and/or put questions to the presenter(s).

The presenters demonstrated the position of religion in public sphere in two countries, which they are researching in a joint project Freedom of conscience, and religion in Europe.

Professor Savić presented the framework of the research topic as well as the work of Ferenc Mádl Institute of Comparative Law, its importance and its aim to gather experts from Central and Eastern Europe, which then could form an important and critically orientated group, which would be able to present views of European scholars. Those scholars belong to noble and established tradition of Central and Eastern European legal thought and culture.

After introducing Professor Staničić and himself, professor Savić discussed the consequences of Lautsi v. Italy case and its importance for the current situation in Europe, especially within the scope of the work of the European Court of Human Rights and the application of the Margin of Appreciation Doctrine. After this, Professor Savić elaborated the historical development of the presence of religious symbols in the public sphere. He concentrated on disruption, which happened after World War II, when the communist regime launched a hostile behavior towards religion in general. All this was partially restored only after 1990. Croatian legal framework in this area is mostly governed by the Treaties, which the Republic of Croatia stipulated with the Holy See and by numerous agreements, which were signed with the majority of the religious communities of Croatia. Therefore, it is not an exaggeration to state that standards of religious freedom in Croatia are among the highest in Europe. Also as Professor Savić stated, during the socialist period  the communist regime violently dragged Crucifixes form all public places: therefore and because of the nature of discontinuity of religion in the public sphere, it is to be trusted that in a potential case like Lautsi the European Court of Human Rights would apply similar conclusions for Croatia.

Professor Staničić presented the legal regulation in Slovenia. The Slovenian legal order is considered to be very similar to the famous French laicite model of state-church relations and most of Slovene legal scientists think that Slovenia has a model of strict separation of state and church(es). However, there are also those who believe that Slovenia developed a less strict model of separation – that of separation and cooperation. This is even more highlighted after 2007 and by the passing of the Religious Freedoms Act which prescribes the obligation of the state to cooperate with churches and religious communities. As it is said, Slovenia has a rather rare and very strict approach to the use of religious symbols in public institutions, especially in public schools. Namely, the Upbringing and Education Act strictly forbids (Article 72) every religious activity in public kindergartens and public schools. This is interpreted as a ban of use of religious education (only existing in France – with the exception of Bas-Rhin, Haute-Rein and Moselle Departments – and Albania) and religious symbols. This could mean that altogether religious symbols are expelled from the public sphere in Slovenia. However, it is obligatory for the state to enable, inter alia, the use of religious symbols for persons “in specific circumstances” (military, police, hospitals, prisons etc.). Moreover, the Slovenian RTV broadcasts, every Sunday, a religious show and a Sunday Mass, there are two representatives of religious communities in its program board etc. The state pays salaries for religious assistance in the army, police etc. and taxpayers can opt to pay 0.5 % of their income tax to their respective religious community. Therefore, the Slovenian model of state-church relations is very complex and it is very difficult to ascertain the real legal position concerning the use of religious symbols. It is obvious that, in general, Slovenia prefers to keep religion away from public institutions, which includes also the use of religious symbols. There is no legal or otherwise envisaged prohibition of religious symbols in public spaces like parks, squares etc., but some authors say that there are none such symbols to be seen (with the exception of churches).

Of course, the presentation of these two legal setups regarding the presence of religion in the public sphere was impossible without the analysis the European context regarding this issue. As it is now ten years since the famous Lautsi v. Italy judgement was delivered, it is a great opportunity to see how it influenced (or, did it influence) the legal regulation of the member states of the Council of Europe, especially Croatia and Slovenia. Of course, many other relevant cases were also elaborated like Eveida v UK and Dhalab v. Switzerland.

The two respective states, although coming from strikingly comparable legal setups (they were parts of the same legal setup for more than 300 years) developed rather different legal systems regarding religion and its stand in public sphere in general. Croatia opted for the usual, one could say, ‘European cooperation model’. Slovenia, on the other hand, opted for a more secularized model, resembling the French one, with elements of cooperation, but with stricter separation. Religious education is a part of the curricula of the public schools in Croatia (non-obligatory), but in Slovenia, religious education is explicitly prohibited. However, both states have special treaties with the Holy See; both states give a special status to the Catholic Church etc. There is one more similarity regarding the presence of religion in public sphere in both states – an ongoing debate on it.

The event was a great success, attended by many professors and students as well as by the public. It lasted for more than 2 hours (from 19 to 21:10) in which presenters answered many questions in lively debate. The debate was of high quality and was carried out in a very argumentative and conciliatory tone. The questions raized were, among others, about the relation of the jurisprudence of the Court in Luxembourg regarding the use of religious symbols in the workplace and the future developments of the legal regulation concerning the use of religious symbols, the ambiguous jurisprudence of the Court in Strasbourg regarding the use of religious symbols, the possibility of a “Croatian” Lautsi case, the privileged position of the Catholic Church in Croatia and Slovenia etc. From the debate it was obvious that the “issue” of whether religious symbols are allowed or prohibited in public sphere in Croatia and Slovenia, and in whole Europe in general, is far from a satisfactory conclusion. The audience and the two presenters agreed that this is a topic which needs to be researched further, but without ideological and political background. There is a strong need for inclusiveness and an open mind when discussing the use of religious symbols in public sphere. Namely, it represents not only a legal question. If this were the case, the solution of the question of use of religious symbols would be easy indeed. However, the question of use of religious symbols is, of course, a legal question, but also a sociological, political, ideological, religious one, and an identity issue as well. Therefore, the solution is extremely difficult to design.  We believe the project Freedom of conscience, and religion in Europe and Ferenc Mádl Institute was a great promotion of our work.

The event was carried out within the framework of the Central European Professors’ Network coordinated by the Ferenc Mádl Institute of Comparative Law.

The Professors’ Network, with the active participation of experts from seven different countries (i.e. Czech Republic, Croatia, Poland, Hungary, Serbia, Slovakia, Slovenia), organises events with the primary aim to draw attention of the European citizens to the topics which are important and significant in connection with the future of Europe, in particular of Central Europe.