Religious symbols in public sphere in the legal order 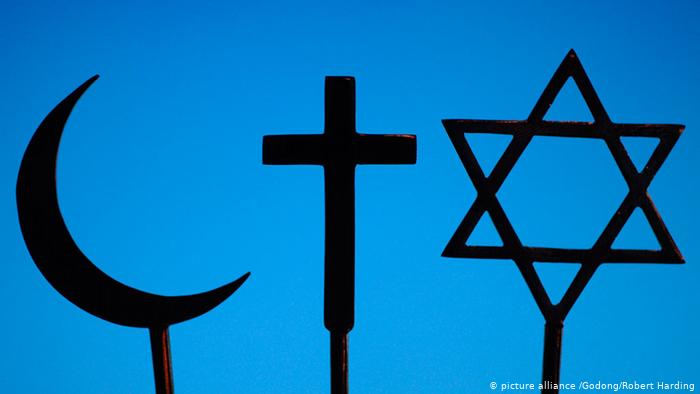 On May 31 2021, the webinar was one of the events of the Research Group Freedom of conscience and religion in Europe.  The research was carried out within the framework of the Central European Professors’ Network coordinated by the Ferenc Mádl Institute of Comparative Law. The main organisers of the event are Ferenc Mádl Institute of Comparative Law, Institute of Justice in Warsaw, Central European Association for Comparative Law, Faculty of Law and Administration University of Opole and Faculty of Canon Law of the Cardinal Stefan Wyszynski University in Warsaw.

Due to the state of the pandemic, the event was organized remotely in the form of a webinar, as part of the tasks of the research group by Prof. Paweł Sobczyk and Dr. Michał Poniatowski. The technical side of the webinar was provided by the Institute of Justice in Warsaw.

In his speech, Prof. Paweł Sobczyk attempted to answer the question what values, principles and provisions of the Constitution of the Republic of Poland of April 2, 1997 refer directly and indirectly to the presence of religious symbols, including the cross, in public space in Poland.

The speaker mentioned at the outset that there are no provisions in the Polish Constitution that would directly refer to the presence of religious symbols in public space. On the other hand, the provision that naturally addresses these issues is Art. 53 of the Constitution on Freedom of Conscience and Religion. Particularly indirectly related to religious symbols is paragraph. 2: „Freedom of religion shall include the freedom to profess or to accept a religion by personal choice as well as to manifest such religion, either individually or collectively, publicly or privately, by worshipping, praying, participating in ceremonies, performing of rites or teaching. Freedom of religion shall also include possession of sanctuaries and other places of worship for the satisfaction of the needs of believers as well as the right of individuals, wherever they may be, to benefit from religious services”. This provision is modelled on Art. 9 sec. 2 of the European Convention for the Protection of Human Rights and Fundamental Freedoms. As for Chapter II of the Constitution of the Republic of Poland, entitled “The freedom, rights and obligations of peoples and citizens”, it shall be pointed out that apart from the above-mentioned Art. 53 defining freedom of conscience and religion the key importance has Art. 48, notably its first paragraph concerning the parents’ right to raise their children according to their beliefs and convictions. (The second sentence of this paragraph states: ” Such upbringing shall respect the degree of maturity of a child as well as his freedom of conscience and belief and also his convictions”).

Then Prof. Paweł Sobczyk pointed to Art. 25 sec. 2 of the Constitution, from which it follows that “Public authorities in the Republic of Poland shall be impartial in matters of personal conviction, whether religious or philosophical, or in relation to outlooks on life, and shall ensure their freedom of expression within public life”. This provision is of particular importance in the judicial activity of Polish courts. Those complaining about the presence of crosses in the building of the Sejm, town and municipal offices, pointed out that placing crosses in such places was inconsistent with the principle of impartiality. These doubts were not confirmed by the courts, pointing out that placing crosses in such public places did not violate the principle of impartiality of public authorities.

The speaker also referred to the provisions of the preamble to the Constitution. First of all, it is necessary to point to the Preamble and the references it contains on religious matters. The following fragment of the foreword …”We, the Polish Nation – all citizens of the Republic, both those who believe in God as the source of truth, justice, good and beauty, As well as those not sharing such faith but respecting those universal values as arising from other sources…” is a clear sign of respect for the pluralism of society and equal treatment of the so-called sources of value. In turn, the second fragment of the preamble: “… Beholden to our ancestors for their labours, their struggle for independence achieved at great sacrifice, for our culture rooted in the Christian heritage of the Nation and in universal human values”, refers to the tradition and history of the Polish State, emphasizes the cultural importance of the Christian heritage of the Nation. The last of the three fragments on worldview and religious matter is: “…Recognizing our responsibility before God or our own consciences, hereby establish this Constitution of the Republic of Poland.”

In the last part of his speech, Prof. Sobczyk pointed to other provisions of the Polish Constitution which, in his opinion and other representatives of the doctrine of constitutional and religious law, are important from the point of view of the title issue. For a proper understanding of the constitutional denominational issues, including the presence of religious symbols in the public space, other provisions of Chapter I of the Constitution are also of fundamental importance. In consonance with the Art. 1 which defines the concept of the state as the common good “The Republic of Poland shall be the common good of all its citizens.”, Art. 2, in which the legislator of the constitutional system states that “The Republic of Poland shall be a democratic state ruled by law and implementing the principles of social justice “, Art. 5 which contains provisions that define the goals and stages of the State’s actions and the means of their implementation ” The Republic of Poland shall safeguard the independence and integrity of its territory and ensure the freedoms and rights of persons and citizens, the security of the citizens, safeguard the national heritage and shall ensure the protection of the natural environment pursuant to the principles of sustainable development ” and Art. 6 sec.1 as follows “The Republic of Poland shall provide conditions for the people’s equal access to the products of culture which are the source of the Nation’s identity, continuity and development”.

Summing up his speech, Prof. Paweł Sobczyk stated that the Constitution of the Republic of Poland of April 2, 1997 contains a number of guarantees as constitutional principles and values that relate to the expression of religious symbols in public space: Art. 53 (freedom of conscience and religion) and Art. 25 sec. 2 (impartiality of public authorities). Polish constitutional solutions related to the manifestation of religion significantly coincide with the content of Art. 9 of the European Convention for the Protection of Human and Fundamental Rights and at least partially with its interpretation by the European Court of Human Rights in Strasbourg.

Later on, Dr Michał Poniatowski presented his speech. The topic of his speech was Religious symbols in public space in selected judgments of the European Court of Human Rights.

Dr Poniatowski stated, that the history of most modern European countries is related to Christianity. It was not until the 18th century that an additional model of the secular state appeared in relations between the state and religious associations. For this reason, the use of religious symbols in public space is not a novelty. It is even an element of the tradition of many European countries.

Bearing in mind this historical outline, it is therefore not surprising that religious freedom is not only guaranteed by the Convention, but also the court operating on its basis is constantly confronted with the resolution of disputes concerning religious freedom.

The transition to the analysis of the jurisprudence of the ECHR requires that this jurisprudence be placed in the context of the legal orders of individual countries. The Convention is not exclusive and is one of many sources of law. The convention recognises the axiology shaped for many centuries.

The general principles concerning religious freedom with respect to religious symbols relate to 3 issues: religious freedom, non-discrimination, and the right to education. Dr Michał Poniatowski presented important theses of the court in this regard.

The jurisprudence of the European Court of Human Rights on the placement of religious symbols can be divided into the following:

1) the use of religious symbols in the public sphere by private entities;

2) the use of religious symbols in the public sphere by public entities. In his speech Dr Michał Poniatowski presented also important theses of the court in this regard.

Considering the above, general conclusions were presented at the end.

After this speech, the Prof. Paweł Sobczyk summed up the deliberations, thanked the participants for their presence and ended the meeting.