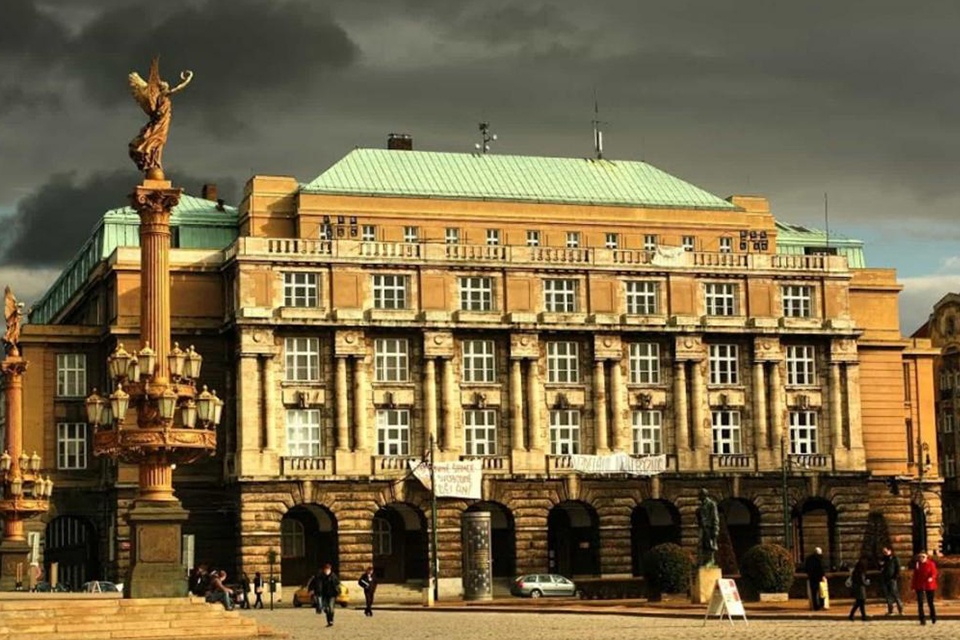 Place of the event: Faculty of Humanities, Charles University

Format of the event: Conference

Language of the event: Czech

The conference was organized within the framework of the Central European Professors´ Network coordinated by the Ferenc Mádl Institute of Comparative Law. The conference was held on 14 December 2021, at the Faculty of Humanities, Charles University in Prague.

The conference was organised by Professor Aleš Rozehnal and the Faculty.

Nora Fridrichová (representant of the PBS)

The conference guests shall be mainly doctorate students, but it was open for other students as well.

The vast majority of citizens, and therefore voters, use social media as a primary source of information and news. The Internet, and social media, determine the shape of our democratic dialogue.

Instead of democratisation, the internet has made it easier for hate speech and fake news to spread. The law faces the problem of fake news helplessly, and the helplessness starts with the fact that we cannot define fake news.

It is very difficult to draw the line between fake news and an alternative point of view. The argument that most people know fake news when they read it can lead to the danger of undermining freedom of speech.

The demand for fake news is a natural by-product of a faster news cycle and a greater demand for short-form content.

People are now more likely to trust personally communicated information than that communicated by authoritative sources, who tend to be described as the gatekeepers through which information has been released to the public in the past. Traditional gatekeepers are less effective and visible.

Fake news is a symptom of deeper structural problems in our media environment. Public trust in the mainstream media is very low. For this reason, people are more open to social media, where it is even more difficult to distinguish between facts, fake news, and satirical news. This dangerous trend leads to untruths being spread among the most vulnerable, children and the elderly.

Social media is a breeding ground for fake news. It allows them to be disseminated to a mass audience more effectively and cheaper than traditional marketing methods.

The main question is, if the fake news are such a substantial problem, as the fear they arouse.