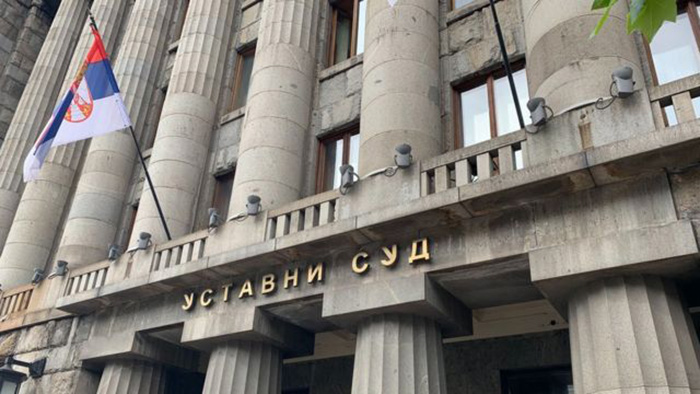 The aim of the Conference is to investigate the influence of attitudes of the European Court of Human Rights (ECtHR) on the decisions of the Constitutional Court of Serbia (CC) in cases for the protection of human rights guaranteed by the Constitution of Serbia and the European Convention on Human Rights (ECHR). The analysis of selected decisions of the CC from various human rights fields would attempt to confirm the initial presumption (hypothesis) that the Constitutional Court looks up to the ECtHR decisions in terms of both the examination of merits (substance) and the methods used.

This fact from the ECtHR and CC relationship opens some more general and specific questions.

Serbia, like other European continental states, falls in the group of countries applying the system of continental law. It had been built upon Roman law, has been created and amended by laws, and is written and codified. However, the CC practice, which manifests itself in the acceptance of the ECtHR attitudes almost by automatism, is not, in fact, a feature of the European continental law but of the Anglo-Saxon legal system. That system is characterised by court made law (in a concrete case), with judgements representing the precedents (exemplary judgements) for subsequent decision making by other courts. From the analysis of the CC case law on human rights protection, it is not difficult to conclude that for the CC, the ECtHR decisions constitute, to some extent, the precedents – exemplary judgements. It means that the CC’s decision making on human rights protection is close to the system of precedent (Anglo-Saxon) law, which practice diverges from the European legal tradition.

The acceptance of the ECtHR attitudes by the CC does not stem from any legal norm – there is no legal obligation on the CC to accept the ECtHR attitudes on some legal issues; it rather concerns the CC’s opportune behaviour.[1] Although it derives from the norms of the Serbian Constitution that there is no court hierarchically higher than the CC, by accepting the binding nature of the ECHR and the ECtHR jurisdiction, Serbia virtually made the ECtHR superordinate to the CC. It means that upon an application for the protection of a human right guaranteed by the ECHR, the ECtHR can overturn a CC’s decision. The CC has the right to pass the same decision again, but with a real risk of it once again being overturned by the ECtHR. Through its practice in the vast majority of cases, the CC demonstrates that it is not prepared to take that risk.

It stands as a fact that in human rights protection proceedings, the large number of cases with similar factual circumstances affects the CC to follow its previous practice, and if there is none, the case law of the ECtHR. It is precisely the requirement of the constitutional principle of legal certainty. Therefore, if the CC has already decided similar issues, it will invoke its previous decision(s) and concurrently the ECtHR judgements. We assume that the reason for committing to the ECtHR case law is not a dogmatic one, nor is it prevailing as such, but simply a pragmatic, practical one. In a word, if the ECtHR attitude is not applied, the CC decision will be overturned upon the submitted application. And no court, including the CC, wants that.

From this practice of the CC follows a specific question – didn’t the CC, on self-initiative, imposed on itself the ECtHR as a higher court in the matter of human rights protection? Did it, by doing so, depart from its constitutionally guaranteed autonomy and independence? If it did, is the sole reason for so the pragmatism that assumes that accepting the ECtHR attitudes excludes the overturning of the CC decisions? Or did the CC accept the “practice of international institutions” as undeniably binding by interpreting the constitutional provisions (Art. 18, para 3 of the Constitution)? Answers to these questions could be obtained from the conference participants after they analyse the specific CC decisions (case study).

It is only in a small proportion of its decisions that the CC departs from the ECtHR case law and that of its own, by which it has previously been adopting the ECtHR attitudes (e.g. violation of property rights and customs offences). With this background in mind, a question arises of the reasons for such practice – is it a provisional change of a legal opinion, or the CC also applies some other (more political than legal) criteria when it changes its course? This question, too, is open for one of the conference participants, as a developer of case studies of this type, to present his/her conclusion.

Generally, the ambition of the Conference is to analyse the CC practice in human rights protection to arrive at conclusions on the CC-ECtHR relationship in respect of the crucial role (decisive arguments) the ECtHR plays in the CC’s decision making. If the views presented at the Conference match the initial hypothesis (on the adoption of the ECtHR attitudes by the CC by automatism), we hope that a subsequent discussion could also reveal the real reasons, legal or political, for this course by the CC.

dr Darko Simović, University of criminal investigation and police studies Belgrade, “The practice of the European Court of Human Rights in the constitutional complaint proceedings before the Constitutional Court of Serbia”

dr Goran Marković, Faculty of law University of East Sarajevo, “Influence of the ECtHR on decisions of the Constitutional Court of Serbia on protection of political rights”

dr Bojan Tubić, Faculty of law University of Novi Sad, “Impact of the ECtHR decisions on the jurisprudence of the Constitutional Court of Serbia with the special reference to cases related to the right to a fair trial”

dr Nataša Rajić, Faculty of law University of Novi Sad, “The ECHR in the context of interaction between Constitutional Court of Serbia and judiciary”

dr Slobodan Orlović, Faculty of law University of Novi Sad, “Different practice of Constitutional Court of Serbia in cases of right to protection of property”

Presentations will be lasted 10 to 15 minutes.

A discussion-time will be planned after all presentations.

Short conclusion remarks at the end of webinar.