JUSTICE INSTITUTE / Aktualnosci / “Future of the EU. Budget and the rule of law ” Scientific Conference

“Future of the EU. Budget and the rule of law ” Scientific Conference 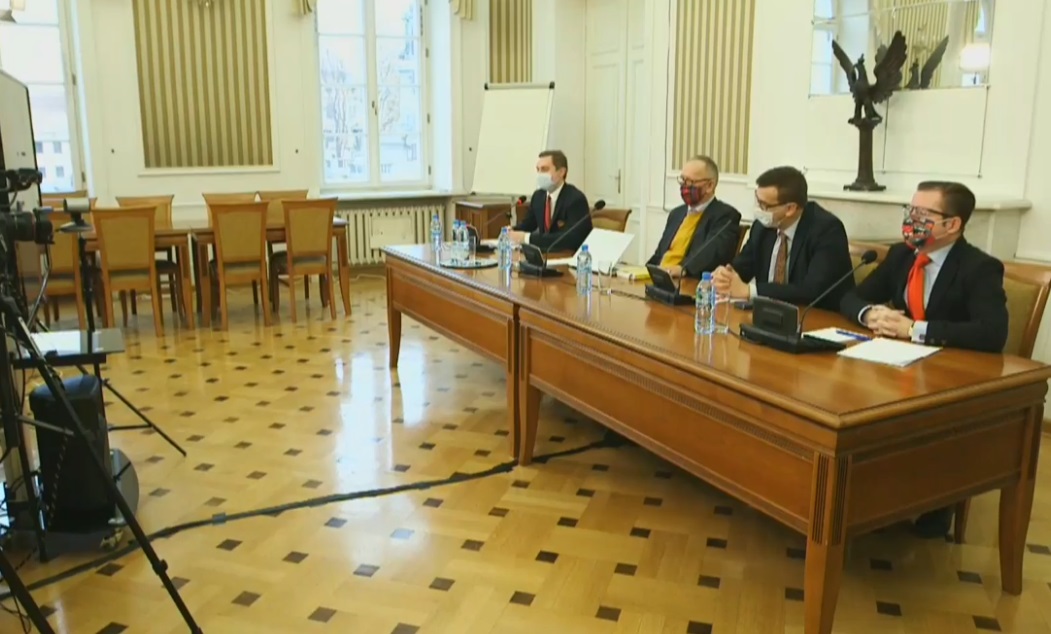 There is a dispute as to what the European Union should look like and what role nation states will play in it. German politicians are taking far-reaching measures to change the treaty in the coming years. The change is to lead to the construction of a federal state and the abolition of veto rights for nation states, said Zbigniew Ziobro, Minister of Justice, Prosecutor General, when opening on Tuesday (December 8 this year) the scientific conference “Future of the European Union. Budget and the rule of law “. A debate on the link between the payment of EU funds and the so-called the rule of law was organized by the Institute of Justice.

The minister warned against trivializing of the discussion on the future of the European Community and reducing it to an alleged dispute over the rule of law. – We are dealing with a political process which, under the pretext of fighting for the rule of law, introduces tools to radically strengthen the power of Eurocrats in Brussels – assessed Zbigniew Ziobro. He indicated that this process would lead to the cultural, political and economic marginalization of smaller EU states. Countries with an ambition to pursue a slightly different policy than that imposed by the Brussels mainstream are particularly at risk.

– The main players in the EU have been using the pretext of the rule of law against Poland and Hungary for a long time – emphasized Zbigniew Ziobro. He added that European leaders, speaking of the rule of law, impose solutions that violate European treaties. The committees of the European Council talk about it, as well as eminent experts in international and European law.

– We are in a particular moment of time. Sometimes it is said about turning points in the history of states and peoples. It seems that this is where we are. There is a dispute over the vision of what the EU should look like and what role the nation states are to play. The decisions will affect the decades – emphasized Zbigniew Ziobro.

An attempt to change the EU system

During the conference, attention was paid to the sources of the creation of the rule of law mechanism. – We should consider the rule of law regulation as a stage in the political development of the EU as an international organization. The legal issues that arise here are a tool used in the political process, assessed Deputy Minister of Justice Sebastian Kaleta.

The former vice-president of the European Parliament spoke in a similar vein. – We have wasted too much time proving our innosence, that is, that we are law-abiding. It had to be pointed out from the very beginning that the European Union was illegal, said Jacek Saryusz-Wolski. He added that the rule of law is not a legal issue, but a political one, which is associated with an attempt to change the EU’s system.

Also in the opinion of the constitutionalist Dr. hab. Jarosław Szymanek, the current political dispute is conducted with the use of legal instruments. – Its core is the syndrome of orphans of the European elites after the unsuccessful treaty establishing a constitution for Europe – he stressed.

Negotiations from a position of power

The European Union uses a position of power to negotiate with the Member States. – If a Polish citizen negotiated with the European Commission as the EU institutions negotiate with Poland, it would look like a classic crime of fraud. They want to mislead us, so that we can negatively dispose of financial matters – prof. Waldemar Gontarski former Polish representative in the CJEU assessed the issue of linking the payment of EU funds with the rule of law.

Professor of the University of Rzeszów, Grzegorz Pastuszko, warned against too extensive use of the rule of law by the EU. – The rule of law itself creates a very large space for freedom of interpretation – and thus – provides the EU institutions with some decision-making slack, which gives the possibility of referring to legal arguments, but also to non-legal, sometimes politically influenced arguments – said the law lecturer. According to him, the rule of law understood in this way gives far-reaching possibilities of supervision in relation to almost all institutions operating in Poland. – This supervision may include the sphere of legislation, creation and application of law, activities undertaken by central and local government authorities – warned the lawyer. In the light of the provisions of the regulation, even constitutional provisions can be supervised. He added that the supervisory authority is linked to financial sanctions.

It is impossible to get around the veto

A separate part of the conference was devoted to the effects of Poland’s veto on the European Union budget and the Reconstruction Fund. Lecturer at the University of Warsaw, prof. Tomasz Grosse drew attention to the economic consequences of the veto and debunked the related myths appearing in the public sphere. – There is, at least technically, the possibility of circumventing the Polish veto in the case of the European Reconstruction Fund. But that is not an easy solution. However, there is no such possibility in the case of the Multiannual Financial Framework, which is the European Union’s basic treaty financial instrument.

Professor Elżbieta Chojna-Duch argued that in EU activities, legal and financial issues are of a secondary nature. They are merely a means of exerting pressure on political, ideological and cultural issues. – The concept of the rule of law serves to reduce funds and exacerbate the ideological conflict. It is part of a cultural war, imposing a system of values, both liberal and left-wing, and it also leads to the transfer of power to the European level. In the case of these regulations, the European Commission becomes in fact a super-court, because it grants itself powers that are inconsistent with the treaty and inconsistent with its statute, because it is not a court, the former Deputy Minister of Finance emphasized.

The future of the EU is being decided

The former head of the Ministry of Foreign Affairs, and currently MEP Witold Waszczykowski, emphasized that we are experiencing historic moments that will determine the future of the European Union. – We are at a turning point. From the European Commission, out of 27 non-elected commissioners, only appointed to power by individual countries, a central government can be created, which will have the power to impose and collect taxes, borrow loans and discipline governments – emphasized Waszczykowski. The dispute over the rule of law mechanism, in his opinion, does not end with financial issues. – It is not really about money, but about power, about the decision-making mechanism in the European Union – said the MEP. He recalled that Poland in July this year. wanted to increase the EU budget by increasing contributions from member states to combat the economic effects of the pandemic, but leading European states did not agree.

– We have debunked many myths about the Next Generation mechanism, about the multiannual financial framework and about Poland’s negotiating position. We are at the historic moment of the Republic of Poland from the point of view of making a decision. The decision we will make will have a huge impact on the coming decades – summed up this part of the conference, Deputy Minister of State Assets Janusz Kowalski.

The conference ended with a publicist debate discussing how the conditioning regulation and veto negotiations will shape the future of Europe. Bronisław Wildstein, who led this part of the discussion, pointed out that few people know what the rule of law is based on the European Union. – It turns out that this is an arbitrary method of influencing internal relations in a given country. In this case, against Poland and Hungary, but theoretically it can be used against any country – he argued.

According to the editor-in-chief of the weekly magazine “Sieci”, Michał Karnowski, linking the rule of law mechanism with the payment of EU funds is a threat to Poland’s sovereignty. – What we are dealing with now is to be or not to be of the Polish state. A concession in this particular case would mean that the independent state and sovereignty would become a dummy, agreed Paweł Lisicki, editor-in-chief of the weekly “Do Rzeczy”. On the other hand, the editor-in-chief of “Gazeta Polska”, Tomasz Sakiewicz, said that we are dealing with a fraud, because we do not know who will define the rule of law, or when it will be combined with EU funds. 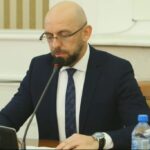 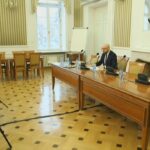 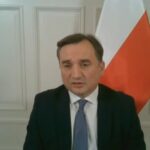 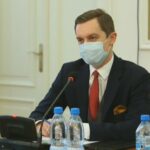 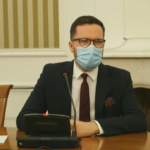 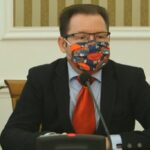 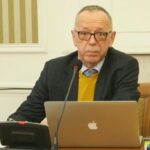 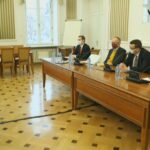 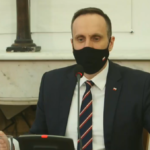 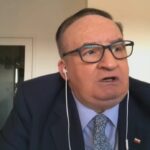 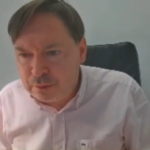 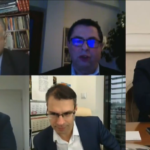 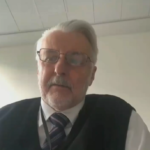 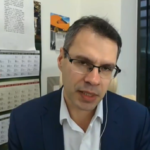 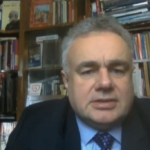