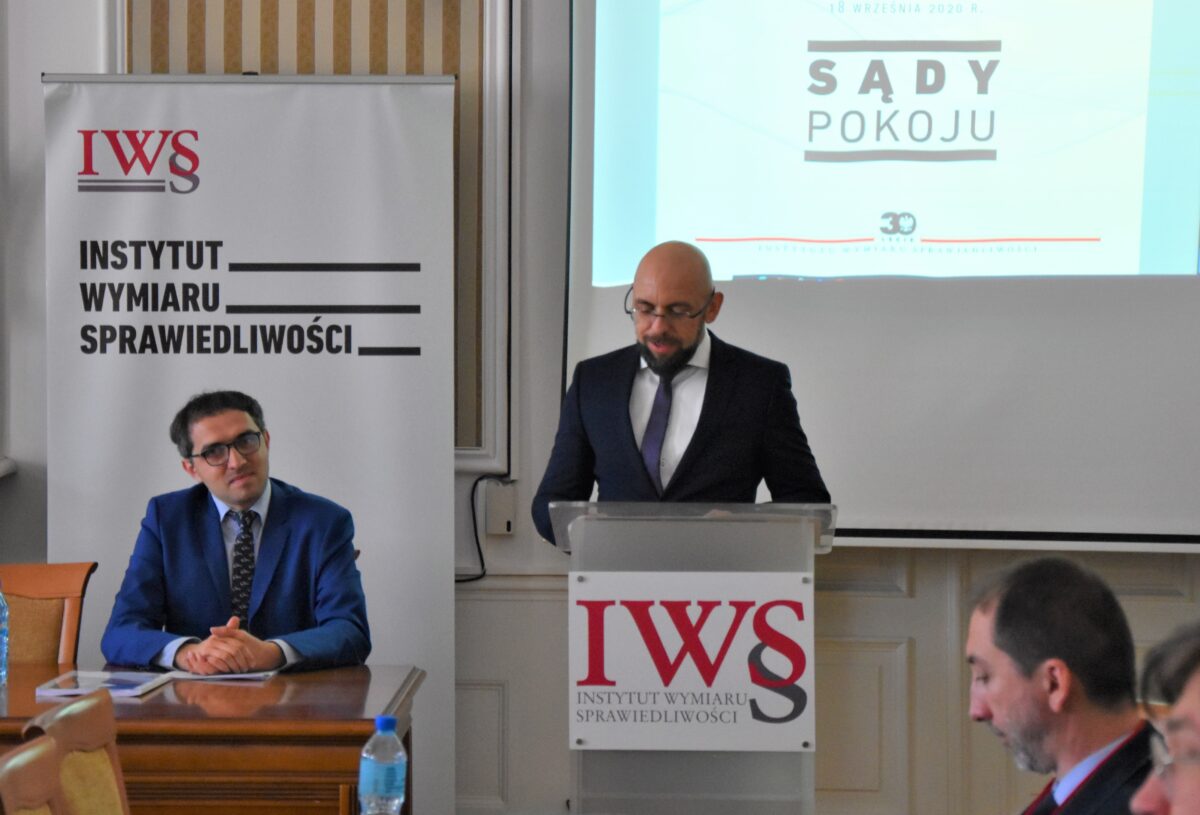 The seminar was opened by the director of the Institute of Justice, dr hab. Marcin Wielec, who thanked the guests for attending the conference and introduced the project team dealing with the issue of the peace courts Then he invited deputy ministers of justice – Dr. Marcin Romanowski and Dr. hab. Marcin Warchoł to took the floor and indicated the need for further reforms of the judiciary. One of the aspects of the introduced changes is the implementation of the human factor, therefore the Ministry of Justice conducts research and consultations in this area. The seminar consisted of two substantive panels.

The first of them, “Peace Courts from the perspective of comparative law and international standards” was moderated by Jagiellonian University professor dr hab. Piotr Mostowik. The editor and author of one of the chapters, Dr. Andrzej Pogłódek from Cardinal Wyszynski University in Warsaw spoke first about the report. The doctor discussed the functioning of the peace courts on the example of selected countries, presenting the multiplicity and diversity of institutions. His statement was clarified by a specialist in the field of constitutional law, dr hab. Jarosław Szymanek, who analysed in detail the model of the justice of the peace on the example of Belgium. Later on, international standards were presented, in particular those from the Council of Europe system and the case law of the European Court of Human Rights, prepared by Dr. Agnieszka Wedeł-Domaradzka (Kazimierz Wielki University in Bydgoszcz), and then the panel leader summarized the presented thesis.

Discussion in the second panel entitled ” Peace Courts – implementation of the concept in Poland” was conducted by Cardinal Wyszynski University in Warsaw professor dr hab. Bartosz Majchrzak, who opened the topic by pointing to the provisions of the Polish Constitution related to the issues of the justice of the peace. Next, Dr. Paweł Ostaszewski took the floor, presenting the justice of the peace from the perspective of economic analysis. Then, the implementation issues from the legal and criminal perspective were discussed by Prof. dr hab. Piotr Kruszyński and Prof. dr hab. Szymon Pawelec (from Warsaw Univeristy). The legal and civil aspects were analysed by Dr Marcin Białecki (Cardinal Wyszynski University in Warsaw). The discussion in the systemic perspective was completed by dr hab. Jarosław Szymanek.

The following conclusions can be drawn from the seminar – in Poland there is a need to implement legal solutions introducing the peace courts. The indicated issue remains in the area of interest of the Ministry of Justice. Therefore, consultations and research are carried out on the development of an optimal model of justices of the peace so that it contributes to solving the problems of the Polish justice system.

The report on the peace courts will soon be available for download on the website of the Institute of Justice. 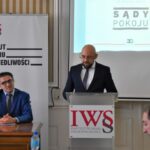 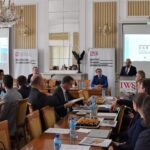 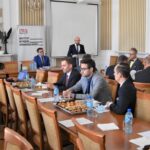 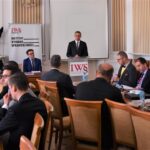 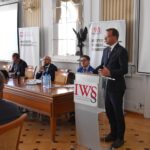 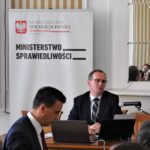 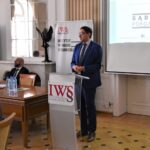 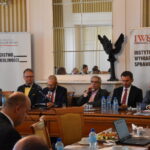 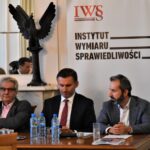 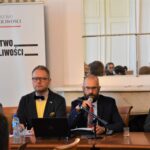