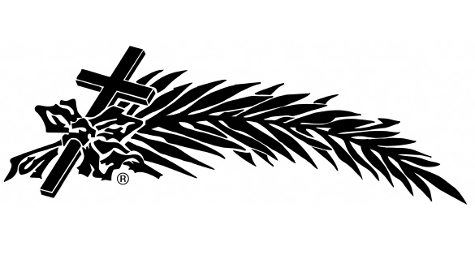 The late The professor was a lawyer, academic teacher, and director of the Institute of Justice in the years 1992-2015.

We express our sincere condolences to the family and loved ones of the late Professor Andrzej Siemaszko.

Management and Employees of the Institute of Justice

It is with great sadness that we received on June 10, 2021 the news of the death of Professor Andrzej Siemaszko – a lawyer, criminologist, outstanding researcher, educator and scientist.

The Professor was associated with many Polish and foreign institutions. He studied law at the Faculty of Law and Administration of the University of Warsaw and obtained the degree of habilitated doctor. He defended his doctoral dissertation at the Institute of Legal Sciences of the Polish Academy of Sciences. For many years he lectured at the Institute of Social Prevention and Rehabilitation at the Faculty of Applied Social Sciences and Rehabilitation of the University of Warsaw, while for over 20 years he was the director of the Institute of Justice. He trained not only students. He also lectured for judges and prosecutors on the state of crime in Poland and the problems of the functioning of the judiciary.

He was the chairman of the Scientific Council of the Institute of Justice, the prosecutor of the National Public Prosecutor’s Office, a member of the editorial boards of the Archives of Criminology, Law in Action, Prosecution and Law and the European Journal of Criminal Policy and Research.

The achievements of Professor Andrzej Siemaszko significantly contributed to the development of criminology in Poland, but also to the improvement of the quality and availability of Polish criminological and judicial statistics. After more than two years of work at the United Nations Interregional Crime and Justice Research Institute, in 1991 the Professor returned to Poland and undertook the implementation of Western standards, thanks to which subsequent institutions were open to researchers and the public, changing their way of functioning. The professor was a precursor of modern methods of criminological research, such as victimization surveys or self-report research.

The professor’s activity has been appreciated not only in Poland, but also abroad. In 1992, the professor became the laureate of the American Criminological Society award for an outstanding criminologist from outside the USA. In 1993, at the annual Plenary Session of the Council of Europe Standing Steering Committee on Crime (CDPC), he was elected a member of the prestigious Criminological Scientific Council. For his book “Limits to tolerance. On theories of deviant behavior”, he received the Rector’s Award of the University of Warsaw in 1994. In 2015 he was honored by the President of the Republic of Poland with the Officer’s Cross of the Order of Polonia Restituta for outstanding achievements in professional, scientific and didactic work in the field of criminology, for achievements in promoting Polish science in the world and for many years of state and public activity.

The professor was the author of important monographs in the field of criminological theories and theories of deviation, as well as the author of many studies devoted to their empirical verification. Crime and its measurement were constantly in the circle of his interests. The professor was the initiator and main producer of subsequent editions of the “Atlas of Crime in Poland”. This is just one of the books known not only to criminologists. Others that should not be forgotten include: “Who are they beating, who are they stealing from?”, “Unregistered crime in Poland and in the world”or “ Geography of vice and fear. Polish Crime Survey ’07 “. The full list of publications published by the professor can be found in the jubilee book prepared for the professor by dr Paweł Ostaszewski and dr Konrad Buczkowski last year and entitled: “LIMITS OF THE LAW. Jubilee Book of Professor Andrzej Siemaszko ”.

In recent years, Professor Andrzej Siemaszko, despite his deteriorating health, was constantly active scientifically. Together with the employees of the Economic Analysis Section of the Justice System at the Institute of Justice, he carried out numerous research projects, wrote articles and published monographs.

The Professor’s death is a great loss for the entire scientific community. He will be greatly missed.