On March 30, 2021, the finals of the 1st edition of the Law and Justice Knowledge Contest took place. The event, organized by the Institute of Justice and the Ministry of Justice, was held under the patronage of the rector of the University of Justice in Warsaw (Szkoła Wyższa Wymiaru Sprawiedliwości). The contest was aimed at secondary school students to enable them to gain a broader knowledge of the law and the principles of civil society. The Contest turned out to be very popular among young people.

The participants of the event had to demonstrate a wide range of interests and knowledge – of criminal law, administrative procedure, civil law and constitutional law.

The final competition was inaugurated by the Undersecretary of State in the Ministry of Justice, Marcin Romanowski, who congratulated the best participants of the event on qualifying for the decisive fight and on the systematically demonstrated desire to acquire more and more legal knowledge combined with great commitment.

Minister Romanowski underlined that since the very beginning the contest was very popular among young people with over 2500 students from 400 schools entering its first phase.

Such huge interest proves the young generation is eager to broaden legal knowledge which will later enable them active participation in social life.

The fierce competition between participants of the contest lasted until the very end of the event. The best students demonstrated admirable knowledge of Polish law and the judiciary work. After a long struggle and listening to answers to the questions asked by the jury, 5 finalists were selected:

The winner of the 1st edition of the Contest was Damian Błaszka from Henryk Sienkiewicz Secondary School in Września.

Thanks to the patronage of the University of Justice, all finalists of the Competition gained the opportunity to start their education at the newly launched “law” faculty at this Warsaw based school starting from the next academic year. 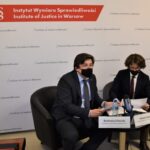 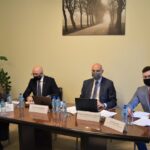 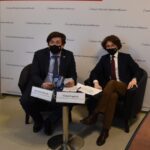 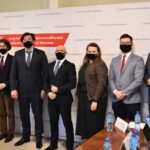